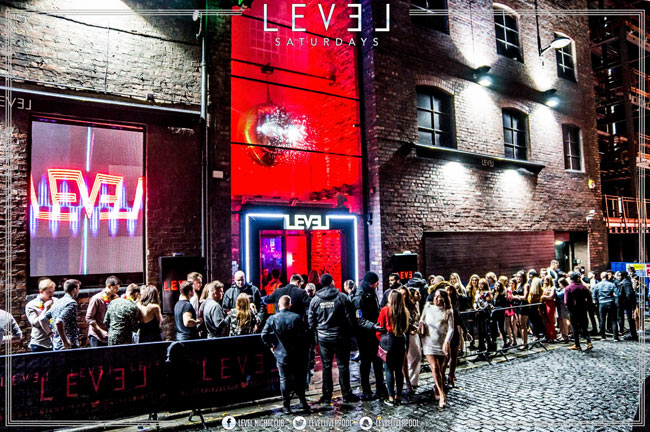 Level opened August 2014. Open three nights a week with the big student night LOVE every Wednesday with big club nights #HASHTAG every Friday and the electric Level Saturdays for one of the biggest club nights in the city located on the prime hub of Liverpool's nightlife - Concert Square, right next door to Walkabout.

Level had a total transformation making it one of the biggest and most unique nightclubs in Liverpool playing everything from House, RnB, Hip Hop and Pop. Private VIP booths also available for those special nights and parties.

Level nightclub surely bringing Liverpool back to its prime clubbing heyday of the 90s with 3 floors, 6 rooms, 7 bars and a club capacity of 2600 now Liverpool's biggest nightclub.

Something for everybody in here with each floor playing different genres. Level nightclub, formerly Mood nightclub a respected name on Liverpool's clubbing circuit, especially for the RnB scene with its own dedicated floor. Likewise with the opening of club Level, urban haven for the London crowds and clubbers visiting Liverpool looking for a good fix of urban and RnB anthems.

Check our club night listings for all the latest events in Liverpool, including upcoming events for Level.